Adventures with my Jawbone 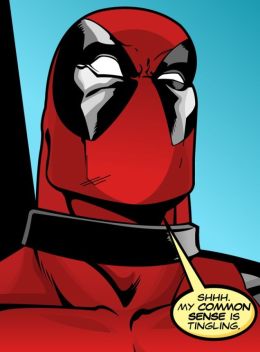 So, twelve days in to using the Jawbone Up24, what do I think of it? Pretty damn good actually. I’m managing to forget it’s on my wrist most of the time which is impressive in it’s own right (I don’t like having pressure/restriction around my wrists for a number of historical reasons). When it does get in the way (in, uh, intimate situations shall we say), I take the damn thing off. Problem solved.

As a step counter it’s pretty good. I’ve been comparing it to the pedometer function in my Galaxy S5 and its been close enough between them to not really be an issue. The sleep log seems to be a bit more hit and miss. I get disturbed nights and can thrash around a lot apparently. The jawbone seems to occasionally log these as being awake when I have no recollection of it.

In addition, I’ve had a couple of evenings when I’ve inadvertently switched the band out of sleep mode and then back in. This seems to confuse it, as you apparently can’t sleep twice in a day. Fortunately there is a manual override in the mobile app to compensate.

A link through to my long abandoned MyFitness account means that I’ve started logging food again, with the results aggregating on the dashboard on my mobile devices, so I am getting motivated to walk more, sleep more and watch my diet more.

Is it the answer to my diet and exercise routines? No, but it engages with my inner geek to gamify the process, and that’s no bad thing. Am I being a bit of a curmudgeon about it? Probably, but then that describes my attitude to most things doesn’t it?