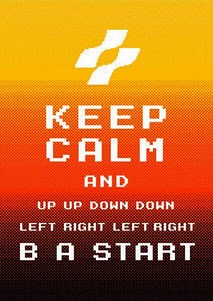 Lady M started her new job about 12 weeks ago, and they are all very happy with her. She’s passed her probation early, and is busy reorganising the business around her in line with industry best practice and lashings of plain-speaking common sense. If I’m reading between the lines correctly as she talks about the people and situations there, they generally seem torn between worshipping her and fearing her wrath.

As a total petrol head, she’s been looking forward to the opportunity to secure her company car, and has apparently been driving people to distraction as she number crunches tax and vehicle performance specifications – often in the same conversation. This week we had the first two candidate vehicles loaned to us. Needless to say, it’s been a good excuse to go for some evening drives.

The experiences have been mixed. The most recent was a one series BMW, specifically the 116d. We discovered the design feature that leads so many to think that BMWs don’t have working indicators, and enjoyed the vehicle’s performance far more than we’d been expecting.

It’s probably just as well really, as the Lexus hybrid we also got to test was so awful that Lady M pretty much trashed it (by putting diesel in the petrol tank). I dread to think what we’d have done if the BMW hadn’t been up to scratch. In her defence, the company policy is to have diesel vehicles, so getting a petrol hybrid and it not being specifically mentioned was a confusion. Yes, there was a big sticker in the rear window, but it was… Yes, okay, we goofed and nearly killed a thirty grand vehicle. Just as well we had RAC cover…

So next week I think a Mercedes A Class and some form of Audi is lined up. I suspect we may go with the Beemer.

Oh, the thing about BMW indicators? They’re designed not to flick on properly. There’s a friction point that, if you flick the indicator stick far enough, makes the indicators flash for three seconds. They won’t work as they do in other vehicles unless you force the indicator past that friction point. At that point it behaves normally. So now you know: BMWs don’t indicate through a combination of vehicle design and driver laziness. Kind of confirms all our suspicions really!