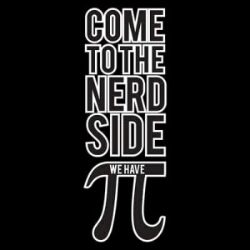 Oh, we had so many plans for this weekend just gone, but reality continued throw spanners into the works with gleeful abandon. We’ve changed the weekends that we’ll have Charleesi in visitation so we were all hyped to hit the rollercoasters again. Sadly ill health changed those plans, but not before we’d at least had a great evening in Isleworth with the Wessex Pistols. We’re known enough now for band members to say hi as they finish their sound check. It’s always a good night, even when some of the locals get a bit, um, odd…

Our other original plans for the weekend had been to attend the Artyfakes weekend barbecue, but we were so exhausted and wrung out from the travel and emotional fallout of the last month that we reluctantly gave our apologies and stayed home instead. A decidedly quiet Saturday night was had in front of the television instead.

A chance conversation with W and B led to our going to visit them on Sunday after we’d dropped the unwell Charleesi home. They’ve just moved to a lovely new home about five minutes’ drive away from their old place. One impromptu barbecue and a late night game of Cards Against Humanity later and we ended up sleeping in their spare room. Thank heavens for Bank Holiday Mondays.

And so, back to work. After being on the road for the best part of three weeks it’s all feeling a bit odd. Thankfully the Great British Public have remained as fiercely odd as ever – so it’s been a great distraction from everything. I’ve also confirmed my phone interview for the new job for next week, so I’ll be focusing on preparation for that soon. The Monday D&D games will resume soon too, so I need to do some work on that, and to make sure I’ve actually written up everything here too.