Not working on Monday has totally thrown my sense of where I am in the week out the window. I’ll get used to it, but the rearrangement of library hours seems to have thrown my planning out. As a result it feels like I’m chasing my own tail a bit. 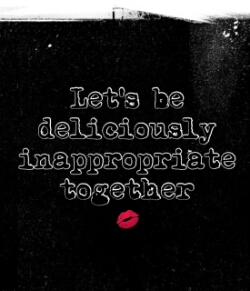 It doesn’t help that I’m feeling a bit under the weather. There’s a stomach bug doing the rounds, and even my cast iron stomach seems to be twitchy. I’m hoping that it doesn’t develop into anything, especially as I have Rhymetime tomorrow. I somehow doubt that my popularity as a singer will survive my trampling toddlers in an emergency rush to the loo, let alone the alternative!

Still, much to look forward to this weekend. We’ll be at the Wessex Pistols album launch on Friday, and the Charleesi is staying over too, which is always a pleasure. Then I’m in Brighton on Monday for a CILIP Carnegie event, so friends have offered to put me up for the Sunday night so I don’t have to battle commuter traffic.

I suspect I’ll need to cancel the upcoming Monday game, thinking about the timings. That’s a pain, but on the plus side Lady P returns from another con on Monday, so fingers crossed our schedules allow a catch-up. We’ve had a fairly fraught few weeks between us all, but things seem to be settling down again, so definitely looking forward to opening some wine up soon. We may even see her return to the pub on a Tuesday soon: stranger things have been known.

Speaking of which, we’ve just started saying “Tuesdays” as a catch-all response to shenanigans on our nights down The Plough. It saves trying to explain certain jokes and references to cheese and Disney songs to the resident musicians. The respective Ladies M, and Lady G are certainly getting a bit of a hellraising reputation.