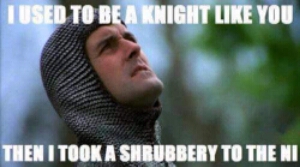 Pretty much the first words the Charleesi said to me this evening were: we had our first D&D session at college and I nearly died already – the elf stuck me in a bag of holding and legged it! The rueful grin on her face and the way she rolled her eyes betrayed the joy in having gaming memories of her own to share at last.

It’s not her first ever game – she’s played in the group I ran on Sundays for a while – but this is the first proper game set up by her peers at college that she’s dived into, and as an inveterate games player and D&D geek I couldn’t be prouder. It’s not just that she’s enjoying a pastime that has brought me so much joy and support over the years but also that it feels like a real pass-the-baton moment.

The GM of her group is her cousin, so she’s inherited as many stories and tricks from her father as the Charleesi has – and so our daughters have picked up the game that we played so ardently at their age (and have by and large continued to ever since). I think this is brilliant, and I look forward to even more wild stories to bounce back and forth between us from here on out.