The last two sessions of the campaign are now up to date – and are largely atmospheric accounts of the adventurers experiences as they venture into a ghoul warren. It’s all up under the Wartorn Chapter Four section, above.

I’ve just learned I’ll be joined by the Charleesi for at least a portion of the day tomorrow, following her tentative first steps into work experience and volunteering in the local area. Should be interesting to get her views on it all…

In other news, prompted by a very surreal and slightly NSFW conversation with Lady P, I’m working on a new short story that I think I’ll just share here, because it’s not particularly commercial and is serving as quite a nice block breaking exercise. It should only be a couple of thousand words, so expect it in the next day or three.

At this rate, I should actually have some spare time to do some modding for Artyfakes! Timetables and personal events have rather eaten into my available time to do more than turn up, say hello and disappear again, so I really need to get back into the swing of things there too. 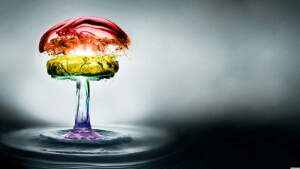 A bit of an oddball couple of days, but overall it’s been reasonably productive. I finally finished Dragon Age 2, so have allowed myself to start Dragon Age Inquisition at last – or to restart it, to be honest. I’d only previously got as far as closing the first breach, so this hardly counts as abandoning a previous game. As it’s still in the early tutorial-ish bit I’m reserving judgement, but there’s some nice touches already and I like the more strategic combat style.

We forced ourselves to go out last night to our usual haunt at The Plough, and I took the arrival on the handpumps of a beer called Black Dig to be a good sign. It amused me, at least. The persistent dull headache I’ve had today is surely more to do with the rain and plummeting air pressure, surely?

Today I seemed to be ferrying Lady M to and from various places thanks to public transport idiocy, so that broke up much of the day’s plans, but I did manage to get back ups properly working again on the desktop PC, and am clearing defunct laptop SATA hard drives down to form an impromptu RAID array (well, might as well do something with the storage).

I also bit the bullet, after hearing how much fun Lady P had at this weekend’s course, and booked myself in for the June Artyfakes beginners’ course in prop-making. If nothing else, I shall attempt to build my own banhammer.

It’s not often you get an unexpected plea to come rescue someone, unless you’re Batman I guess, or you live a life of drama. I do my best these days to avoid drama because it’s so exhausting, though I can usually appreciate it when I see it, if only so I can use it in a story.

In this instance I got a call to come help moderate the Artyfakes stream, specifically to help cheer up Tabby. It’s fair to say she wasn’t looking as bubbly on-screen today as she normally is. I hadn’t intended to be online this evening after working until seven but if there’s one challenge I’ll rarely back down from, it’s one of putting a smile on people’s faces. This could mean only one thing: more #MadeUpModFacts.

My particular favourite was the proclamation that this evening’s facts were brought to the stream by the Voice of the Mysterons. Other highlights included some truly fowl jokes about Chinese Takeaway Ducks, the high profile splattering of trolls with the banhammer, and the revelation to the stream that Lady P was our concubine in chief; which was totally ignored by viewers distracted by the thought of Tabby and Lady P’s upcoming road trip date at Cadbury World.

Lady M was seen smirking gently as she read the chat channel while our binge-watching of Castle series 6 continued in the background; and it turned into a great evening of laughter and chatter quite in contrast to the more mundane day of shenanigans at the library that had preceded it.

It cheered up Tabby, cheered up Ladies M and P, and yes, continued to cheer me up. Told you this week would carry on getting better

Well, it’s been an interesting few days – which feels like that’s meant in the context of the ancient chinese curse. I’ve generally felt too tired to update this blog for a few days, but I have been continuing to help out with moderating the Artyfakes Twitch streams. As I’ve mentioned before, one of the things I do to keep the chat channel moving is insert cheeky fictional facts about the hosts and the other moderators. They are usually surreal, or include in-jokes, but they seem to be popular enough and various regular watchers have begun to contribute their own during the streams.

Here’s a few of the more interesting ones I’ve thrown into the mix this week, all prefaced with #MadeUpModFacts: 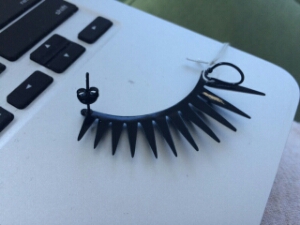 It was Lady P’s birthday today, so we had to indulge a family tradition and phone her at a very early hour to sing Happy Birthday as badly as possible to her voicemail. She’d popped round briefly the night before to have a chin wag, so we’d taken the opportunity to give her a card and her present, a beautifully striking pair of ear cuffs sourced from our great friends at Ollie Noble. The back of one of them is shown here. They’ll apparently be worn at her party on Saturday night, so I’ll try and remember to get a shot of them in action then.

The rest of my day was fairly routine, though we were upset to hear that one of Lady M’s relatives had been laid to rest today without our being told when or where the funeral service was going to be. We’ll make our own way up to pay respects now, but the assumption that we wouldn’t be able, or intend to be there is painful. Deep breaths and a reminder that the assumption likely comes from knowing how hard Lady M works and the distances involved in attending. This is the positive interpretation.

On a more engaging note, I was also modding for this evening’s Artyfakes stream, and a lively time was had by all. The events of #tabbygate shall not be things of which we speak. Many new #MadeUpModFacts were revealed, and some of the audience joined in with #MadeUpFanFacts, so nobody felt left out.

Lady M is still recovering from her infection, but seems in reasonable spirits otherwise. Hopefully she’ll be back in action soon. 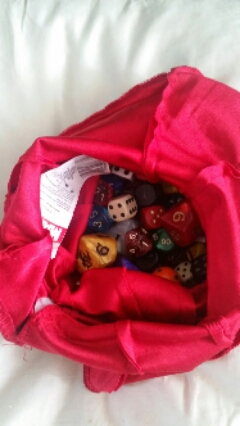 Easter scored a critical hit on the gaming this weekend, so both games had a hiatus. This was mostly to free people up for family events or winding down from hectic weekends, and hopefully the normal carnage will be resumed shortly.

For the most part, especially for Monday, it’s been a welcome break, allowing me to make up some generic location maps and beat-chart some encounters to accommodate the various directions that the players could take things. Various possibilities exist at the moment, from a free-form pirate’s life, a quest to destroy the artifact in their possession, a return to Sharn and pretending it never happened, or (as one conversation suggested) becoming investigators into weird crimes in the style of Castle.

As far as I know, there was no alcohol involved in that one.

So, with the bank holiday having already knocked my sense of day of the week out of whack, I think I’m glad to have a couple of days to my own devices. Hopefully I won’t feel quite so much like I’m running to catch up with myself.

Modding this week for Artyfakes will be on Thursday and Friday, so I suppose I should also make up some facts for those sessions. They are definitely proving popular. Perhaps I should make some T-shirt designs up…

I’ve finally got round to writing up this week’s Monday game, and that heads up a new chapter in the Wartorn game – what’s a fantasy pirate adventure without a few zombies?

The modding for Artyfakes seems to be going well too – at least, they keep inviting me back so that’s a good sign. One of the things I’ve been doing, partly to keep the chat channel moving and partly to remind people that the show is moderated has been to throw in a series of fake facts with the label #MadeUpModFacts. These have generally made people smile and seem popular as I’ve retweeted them.

I’m sure you can see a certain surreal pattern emerging. As a writer it’s a great exercise in throwing out quick snippets and it helps me get on with my own writing by simply getting me to write without worrying about context, continuity or even sense. Those come later when I dive back into the dialogue and descriptive sections.

Last night I was online for roughly half of the show, before diving off to help celebrate a friend’s birthday at a local pub.

This turned first into a game of Cards Against Humanity, and then a long rambling night of music, dance, wandering conversations fuelled by many, many drinks. I’ve seen a post by someone else who was at the party today, saying that we should get a survivor’s t-shirt made up.

Tonight’s activities, I suspect, may follow a similar pattern – I’ll be covering the first part of the stream from around 6pm before leaving them in Lady P’s delicate care to take Lady M out to a live music night of cowpunkabilly mayhem with the ex-Lady M and the Charleesi. What’s the worst that could happen?

Lady P has been helping out as a mod for the Artyfakes live Twitch stream for a little while, and until recently there were a few people involved in that to help spread the load. Recently, for various reasons, some of the other mods have stepped down, so a call went out for volunteers. With only a moderate amount of arm twisting, Lady P persuaded me to chuck my hat in the ring. 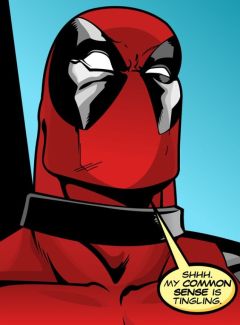 What’s the worst that could happen, right?

Well, Tabitha Lyons has had the dubious pleasure of knowing my younger brothers from her LARPing days, so the Maidment humour is not unknown to her or her family. Indeed, on last night’s stream, I was referred to as one of the ‘infamous Maidment clan’ when being introduced. A little unfair, I thought; I much prefer to be known by the description of ‘the mythical elder Maidment’ – a title I’ve been greeted with by LARPers at social events in the past.

Still, tonight’s stream was my first as a mod, and it was gentle enough. Only two swings of the banhammer required, and by and large a sedate affair, so there was plenty of time for Skype banter between Ladies M and P and myself in the background which is always a nice bonus. Let’s see how this develops…