So this was the last big push, back from MCM, determined to get back on track to actually complete Inktober within the month itself. 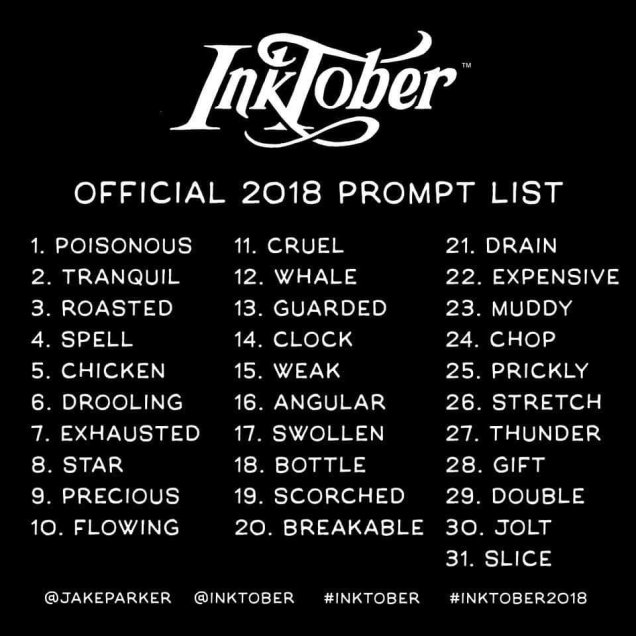 These two did make me think about how to represent them within my framework of not over-working things as far as possible. 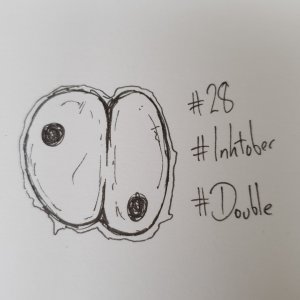 Number twenty-nine was definitely me trying to be clever with the prompt of ‘double’, and no one has escaped seeing it as something else entirely. The concept was to represent cellular fission – one cell becoming two.

Instead, everyone who has commented on it has said they thought it was a pair of boobs, possibly on someone being bounced around. While that technically still covers the prompt, it’s just shown me I should probably look at reference pictures more often. Oh well. Oh, and I wrote the wrong day number on it as well, for good measure. 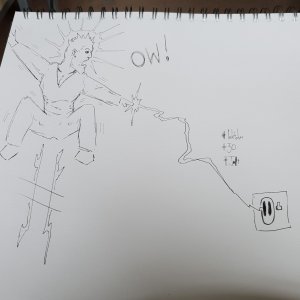 By contrast, day thirty started as a simple image and then kind of grew in size and complexity. It’s still a simple enough composition – someone leaping in the air as they are jolted by electric current.

I should probably have started with the plug and the spark of electricity, but instead I did my usual start with the eyes and found the picture getting bigger and bigger to fit the whole thing in.

Still, if you’ll pardon the pun, there’s an energy to it so it works for me, and it’s a posture I don’t often depict, so new ground again.