We’ve been meaning to go to Pride in London for ages, but never got round to it, usually because somehow it always seemed to be on either when I was working a weekend, or had a prior engagement. This year we determined was going to be different.

Was being part of a throuple part of this? Yes, a little I’ll admit, along with having started to go to munches and engage with the wider LGBTQ+ community rather than rolling relatively solo (so to speak). It’s brought us to know a more diverse and vibrant set of individuals and hear their stories.

From doing so, it became clearer that with so many more important problems in the world than who loves who, it is more imperative than ever for us to stand up and combine celebration with protest. To be a voice and representative for those unable to do so, or who would be at serious personal risk if they did.

So Pride it was, with some fellow cosplayers from Squad UK, and the promise of a glorious hot day. We thought we were ready. We had water, sunscreen, hats, and a rendezvous at Oxford Circus. We were there a little early, and got to see the crowds rapidly swell to fill streets normally thronged with shoppers and tourists.

Being the centre of London shopping, everywhere was decked out in rainbows. Tube stations, shops, buses, you name it, with many shops deploying extra staff to encourage people in out of the fierce sunshine. Somehow that just made everything seem more vibrant.

More and more families appeared, multiple generations to support and cheer on the parade, and everyone was just… relaxed. People of all shapes, sizes, ages and origins chatting, sharing jokes and observations, making room for each other, encouraging and supporting people. It was lovely, and heartwarming. 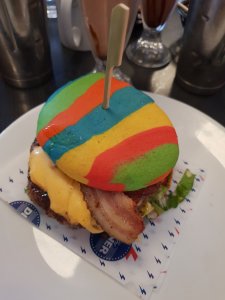 But it was very, very hot. I’d love to report that we managed to stay for the whole parade, let alone attend any after parties or shows, but the need for food, more drink, and shelter from the heat, let alone a break from the crowds, left us reeling away about halfway through.

We eventually ended up at The World’s End in Camden to meet some other people from Squad UK to celebrate some birthdays, and Lady M got to watch England beat Sweden before we made a break for home.

All in all, what a positive and extremely packed day. We will definitely go again, better prepared now that we have a better idea of what to expect. We were not ready!

We had a grand adventure yesterday – a last-minute expedition with the Charleesi and two out of the three Ladies M to visit the Magnum pop-up store just off Bond Street. We managed to converge in the right place despite the best efforts of the rail network, which saw platforms 1-14 out of action at Waterloo for much of the day. 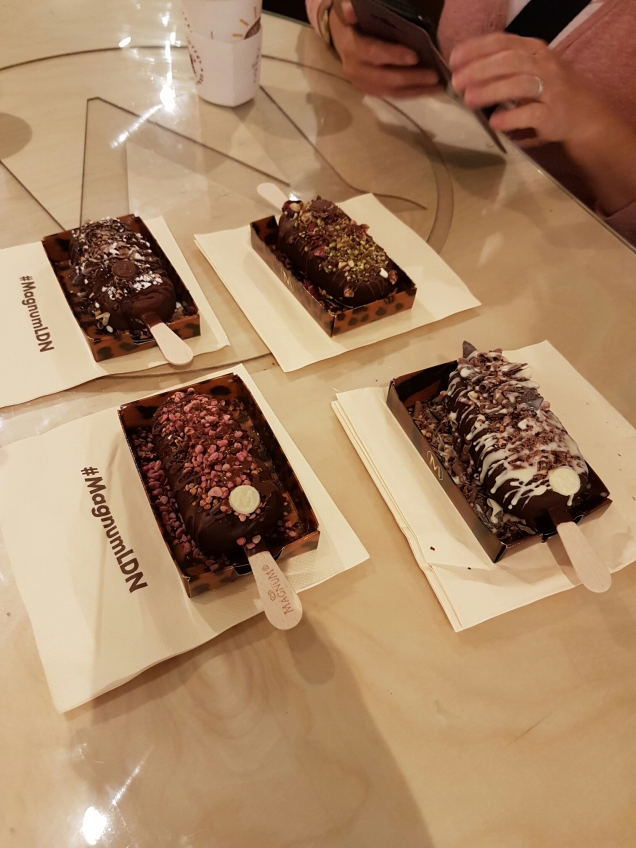 Unlike last year, when the pop-up had been in Covent Garden, the venue is in a quieter side street. This meant we were able to walk straight in without queuing. It was the first time that the ex-Lady M and Lady G had been to one, so the Charleesi and I quickly educated them and we soon had the confections pictured here before us: as delicious as the company one might say.

With our sugar fix sorted for the day we then started a long ramble through London, taking in Foyles, Forbidden Planet, and perhaps the occasional drink along the way to keep refreshed. By mid afternoon we started to go our separate ways, as the Charleesi started to flag, so Lady G and I went in search of a nice gin bar pop-up we’d seen back in Covent Garden before we did battle with public transport again. 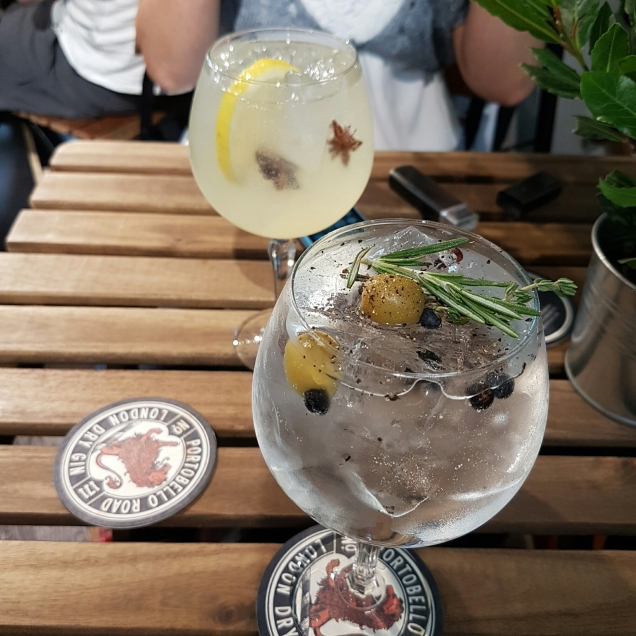 We eventually got back to Maidment Towers, to find Lady M more recovered from her horrendous migraine attack, and so over pizza we nattered away into the small hours.

I’ve had to be up early to open the library this morning, but despite only four hour’s sleep it feels totally worth it. A grand adventure in good company. What more can you ask for?

I like to think that I keep my various medical practitioners on their toes. One of the joys of diabetes is that it is, I’m told repeatedly, a progressive illness that plays havoc across all sorts of areas of my body. This week it’s the turn of my blood pressure and kidneys. I’ve been having another round of nurse check-ups and the general stress boosts that I always seem to get in medical environments.

It wasn’t helped by my having run out of Ramipril for a few days, or my being worried about work and various people, or the industrial quantities of coffee I’ve been drinking at work. All in all, I’ve been a bit saturated with stress sources, and having pneumatic sleeves wrapped around my arm didn’t do too much to help.

So, my dosage of blood pressure medication is now slightly up, and I have to go back in a few weeks for blood and urine samples to check that my kidneys haven’t just thrown their metaphorical hands up in the air. So, that happened.

On a more positive note, I did have some time off yesterday with the Charleesi and Sir S, so we went up to Covent Gardens to the pop-up Magnum Store, and from there to Forbidden Planet for an afternoon of geeky nirvana. Christmas shopping may have been started…