I thought I was being so clever with the timings for my Exanitide – an injection I need to take once a week to prod my pancreas into waking up and producing insulin on its own rather than needing to inject shop-bought (so to speak). If I took my injection in the Saturday before driving up to Hartlepool, that would tide me over until I got home and therefore sidestep the need to refrigerate any medication on my travels.

Instead, I forgot to take it, or even pack it, and I’ve instead had to try and sort something out while i’m the opposite end of the country from my GP.

And this is where the wondrous NHS takes centre stage. I was able to phone their helpline this morning and explain the situation. From there they could look up my details, and were able to give me the number of a prescribing pharmacist local to where I currently am. I called them, confirmed a few details, and was able to walk round half an hour later to pick up what I needed.

All I had to do was show them my exemption card, and on the app where it showed that it’s a regular medication I receive.

So thank you again to the NHS. 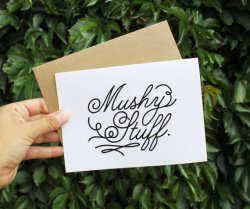 Another long day, mostly characterised by confusions, misheard conversations, bureaucracy, and a devout wish to just have the whole week to do over, is drawing to a close. I’m just home from taking Lady M to the local walk-in surgery where we’ve just learned that the pain she’s been in from at least Friday is probably caused by an infection. One large handful of antibiotics later, we’ve sat down and eaten a much delayed meal before collapsing to bed.

We had been supposed to meet up with Lady P and the other usual suspects for drinks as part of the celebrations of her upcoming birthday, but we’ll just have to catch up later in the week. As I said to Lady M in the waiting room: “There are plenty more Tuesdays available. The supplies of you are considerably more restricted.” I can be a soppy sod when I’m not being a grumpy git.

Hopefully, the medication will clear things up over the next three days, but I’m under strict instructions to drag Lady M to the GP or nearest A&E if she gets worse, or if the pain continues. At least the clinic was able to eliminate kidney stones as being the source of the pain, and I didn’t have to take her to another hospital for an emergency admittance.

So we never got to hear the customised birthday song that one of the musicians had composed for Lady P. We’ll have to ask for a rendition next week to see how large her blushes were.

I’ve had a rollercoaster of a week. In the early hours of Tuesday morning I woke up with excruciating pain all through my lower abdomen. It was bad enough that t’other half took no nonsense and dragged me straight to St Peter’s Hospital, Chertsey.

The receptionist there took one look as we staggered in and had the phone in her hand to call for an emergency triage pretty much halfway through the first sentence. This has to be a first in my experience of NHS A&E walk-INS, setting a new record for me of being in a cubicle being examined by a series of doctors.

With a series of increasingly powerful set of painkillers being administered, I started to get some relief, and taking note of what was going on around me. Urgent XRays, arterial blood tests, prostate exams and an increased number of ‘we’re not sure’ responses led to CT scans and a rapid fear that we were heading into cancer territory. Rival theories included pancreatitis, renal failure or gall stones. I’m not embarrassed to say I was terrified, and T’other half did an amazing job of reassuring me and giving me that quiet, silent support in her presence that we sometimes all need.

This was not particularly eased by being rushed to the Surgical Dependence Ward, and it was only fairly late in the day that the diagnosis of diverticulosis was given instead. This was described to me as being like appendicitis but all through my intestines instead.

More tests followed, along with more head scratching, and heavy doses of tramadol, and morphine on top of diclafenic and alpha blockers. There seemed to be an awful lot of renal consultants stealing my notes and peering at the CT scan results. Intravenous drips came and went, along with more blood tests.

In the end, though whispered at late yesterday, I had a revised diagnosis of kidney stones instead this morning. I have never been so relieved.

The pain had settled hugely, though was still noticeable, so I’ve been sent home for bed rest, with a follow up blood test to follow on Friday, more xrays and a clinic in the weeks to come. Of course, Sod’s Law immediately leapt into the fray with the car journey seeming to set the stones on the move again.

So here I am, dosed up to the gills, but thankful that I’m not tethered to an IV stand and that I’m back in my own bed.

Given today’s news about Iain Banks, one of my favourite author’s who has today revealed that he has terminal cancer, I’m also counting my lucky stars, and sending my best thoughts to him, his loved ones and friends.